Now here's an interesting Kickstarter that might help to deal with some of those issues of deck shuffling that seem to crop up in various games. OK, they just really crop up in my Savage Worlds games in regards to people blaming the shuffler for their bad draw from the deck for initiative. Instead of a deck of cards, get in on these Playing Tokens and grab a bag to hold them (either from your FLGS or as a reward for a certain level of contribution) and just let the players reach in blind and pull out their card that way. 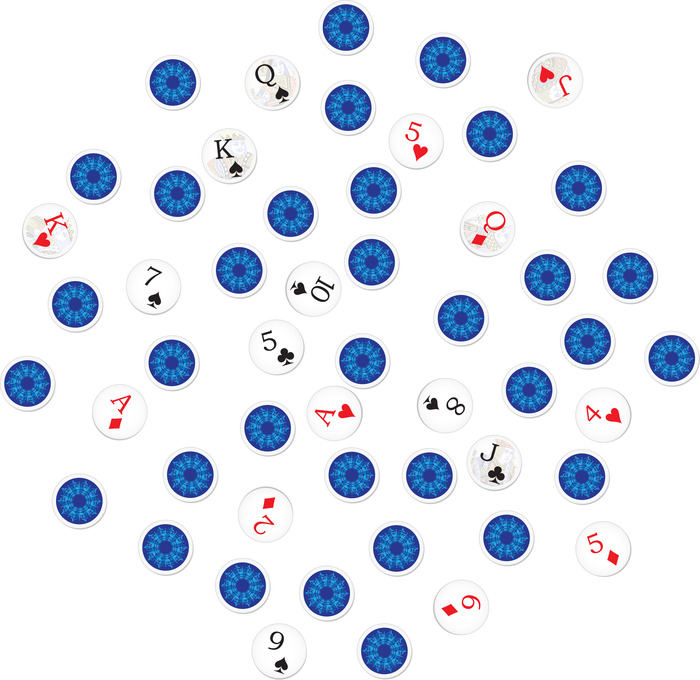 Or just spread the tokens out on the table, facedown, and let the players reach out to grab their token of choice when needed. Just watch out for those cheetos stains or chocolate smudges from those grubby little gamer's fingers that have been handling the various chips throughout the evening. If made like other decent sets of chips then they should be easily cleanable after an evening at the tables to remove such tell-tale markings.

Even better, use them as a way to play games of poker and you'll have an interesting table of just chips (and dip if you're hungry) rather than bent and faded cards with multi-colored chips stacked around a few people.

The total goal for this project is $10,000 to get the chips onto player's tables with some stretch goals already announced. One, at $15k, a set of playing cards with the same back image as the chips. Two, at $30k, get a tin that holds the chips and the deck of cards and keep them safe during transport.